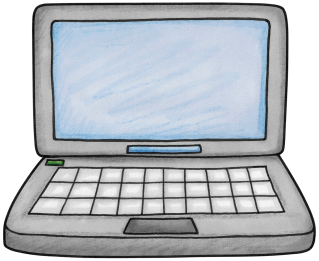 Sometimes the words are out of our mouths before our brains even have a chance to register exactly what we are saying.
Words said in anger or frustration that we wish we could take back.
Word we kept locked behind sealed lips that should have been said.
But weren’t.
Words that we meant one way but were taken the wrong way.
But, what about the careless words?
Words spoken out of ignorance?
Words spoken or worse, typed assuming only that select small group of individuals would be privy to them.
But, we live in the “golden age of the internet” where everything we tweet, like or share is out “there”.

We turn to all forms of social media and share the good,the bad…and the ugly.

We argue about religion and politics.

“I’m right, your wrong.” We shout with fingers stuffed in our ears.
We post pictures and videos that grossed us out or made us laugh.

But do we give any of it a second glance?

We dissect stories we can’t wrap our heads around like the
horrific events that have rocked my American readers the last couple of days.

Two bombs exploded near the finish of the Boston Marathon, killing two people, injuring 23 other then just last night an explosion at a texas fertilizer plant.

My heart hurts and my brain can’t even wrap the magnitude of what  they are having to face.

It makes my feeble complaints about poor driving conditions and yet another upcoming snow storm laughable.

I’m sure any one of them would gladly trade places with me if they could.

I have seen words of hope and comfort flood my facebook newsfeed but I have also seen the opposite.

Words filled with blame and hate.

What frightens me the most is how transparent most people live their lives online.

I know I am guilty and I am sure I’m not the only one.

Facebook Profiles are linked with email address,home addresses, occupations and phone numbers. I suppose the intent was to make it “easier” for your friends to get in touch with you.

But, shouldn’t your friends know all of that anyway?

One common “beef” people have with Facebook is how often they makes changes.

Seriously, it’s almost as often as I change my hair color and if your guilty like me changes come and go and you don’t give it much attention.
At all, but before you know it your privacy settings are all out of wack.

I can see friends of friends and most of the time I don’t even know who they are or why I should even care what wares they are trying to peddle.

Most of the time I ignore scroll past all the ” like & share so someone will give up this or give up that”.

But sometimes I wonder.

Because we can hide behind a keyboard and a mouse we have a tendency of saying things we would never actually have the courage to say in real life.

But online, our filters come off and before we know it we are having a side of “this little piggy” complete with a week old toe jam.

Things that as a child would have gotten our bottoms spanked and our mouths washed out with soap.

There are no mothers standing behind us reminding us to mind our p’s & q’s.

I wonder sometimes if perhaps we should be looking out for one another?

Would we be brave enough to tell someone they are being rude or that they were wrong?

Would you give a stranger someone you never met and probably never will a “heads up” that their one stupid comment was on the very edge of causing a huge problem in their real life?

Screen shots can become weapons if they are left in the hands of the bored who want to track you down and report to your employer what you said/did ect.

Sometimes it feels like we are living in a digital “high school” and we are just passing our time engrossed in junk.

I wonder what the internet would look like if it was a place of encouragement and hope?

Where people celebrated real life?  Together?

But until that day comes if it ever does….
Chose your words carefully.